Thank you for stopping by AutoPilotNoMore.com, I’m glad you’re here.

For more than five years now, this blog has been an outlet for me to share about my adventures from around the United States and around the world.

My story began simply, but grew quickly, and it looks like this:

I spent the first 16 years of my life growing up and…not much else. For many of those years, I felt a desire for something more burning inside of me, but accessing that power, that light, that magic, was proving to be difficult, likely due to my age. So, one random day at the end of summer vacation, when perhaps I felt just old enough to begin making a big life decision for myself, I announced to my family that I wasn’t going to stay in high school for two more years like society was telling me to. Instead, I was going to double-up all of my classes, put my head down, and bust through the last two years of school in a matter of ten months. And I did. A few days before my 17th birthday, I had my high school diploma and set out into the world.

That was step one, the first time I put my palm up to the world and signaled for everything to STOP. It was time to reevaluate. That was me switching off auto pilot for the first time in my life.

Next, I went to college. I spent two years getting my Associate’s Degree in Rochester, NY and then I transferred to Niagara University in Niagara Falls where I snagged my Bachelor’s Degree while simultaneously going to war with the administration of the school to bring the university’s first LBGT student group into existence. I felt, very much so, that the classes I was taking were simply classes, while my education was being provided by the beautiful people I was working with to bring equality to the foreground. This was my second wakeup call, the second time I switched off auto pilot. At 20, I left college.

In my final months of living on auto pilot, as I wrapped up my last classes and submitted (likely) useless papers and took (even more likely) silly exams, I had applied for a job as a full-time volunteer radio DJ and producer in Nome, Alaska. This was a position I had known about for years, but had carefully tucked away in my back pocket as I went through the motions of putting myself through college. While I was distracted by the conclusion of my studies, I had quietly interviewed and been accepted for this job, which, honestly, I had hardly even noticed. By the time school was finished, I had just two weeks to pack up my life and get on the plane to head north. I think this was for the best. Not having the opportunity to second guess myself was probably completely necessary.

And so, my new life began. Really. My entire life transformed in September 2010. All of a sudden my priorities flipped. I hit the switch. Those two previous times in my life where I had flipped off auto pilot and flew manually were mere practice, because when I boarded that plane for the end of the world on September 4, 2010, there was no going back. Something in me had changed. Something in me had shifted. And I refused to turn back to who I previously was.

I spent two years in Alaska, volunteering, living in community, DJ-ing, hiking, growing spiritually, getting to know people more intimately, snowshoeing, skiing, writing, and, ultimately, changing. When I knew my time in Alaska would be concluding, I planned my next adventure. I made sure I would stay the path. I booked myself a trip to Kenya.

This is more or less the story I’ve been writing for myself all along for the better part of the past decade. I spent the first 20 years of my life living on auto pilot. That’s plenty of time to allow fear to have the wheel. Now, it’s my turn.

In my time exploring this earth, specifically while traversing through countries with stark differences to my own, my eyes have sprung open with joy and excitement about the diversity on this planet. With each day on the road, and with each day submerged in cultures and sub-cultures different than my own, I’ve begun to grow. In fact, the growth that I have experienced has been so enormous and so life changing that I take it with me wherever I go. I carry the places I’ve been in my heart. That is why, I’ve taken the time and effort to turn my amateur blog over into AutoPilotNoMore.com.

I’m here today for you. I’m sharing my experiences for you. I’m in this for you, because love’s voice is so much louder than fears, because life is meant to be lived, because whatever desire or dream you’ve got buried inside of yourself is not lost forever but merely waiting for you to reawaken to it. I want you to see that life can be lived however you want it to be. 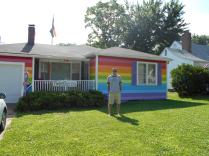 It’s time to play with abandon.

It’s time to open our eyes.

It’s time to grab the steering wheel, white-knuckle our way over the initial rocky path, and turn that auto pilot off forever.