You Will Never Walk Alone

We come and we go, like waves washing up onto the shores of this island. The volunteers, the refugees, everyone. No one stays on Leros forever. Most people don’t even stay for a sizable amount of time. We come and we go. 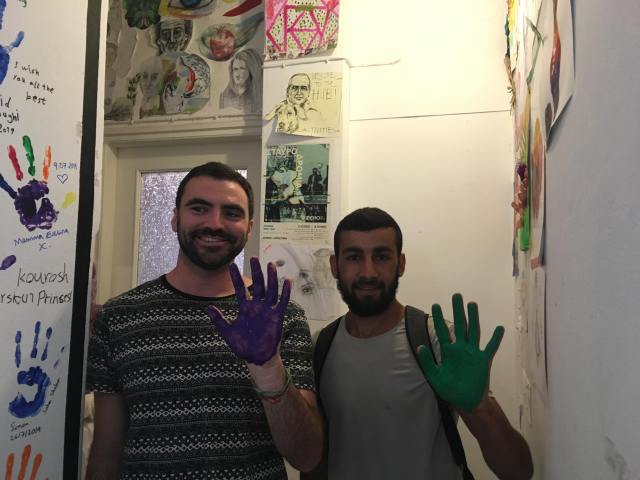 When I arrived on Leros in November, a new tradition was just put into place. Each time a volunteer or resident was going to be leaving the island, they were to paint their hand and stick their handprint on a designated wall in the back of the school. The idea was simple, but nice. It was a small ritual. This place tends to tug on your heartstrings, and it’s so difficult to leave because of all of the memories one makes, so sticking your handprint on the wall is the perfect way to leave a bit of yourself behind.

My favorite part of the idea was that, each person who comes into the Hub brings a piece of themselves and gets to leave it behind. As we work and learn and explore and get to know one another, part of us is left behind in the building. The handprints are tangible proof of that. I was there on the day that the first handprint was made on the wall, when the first volunteer was ready to depart. Being that the wall is so massive, it seemed silly at first to watch him squirting paint onto his palm and then smearing it around with a brush. His hand looked so random on such a large white wall. But, time took care of that. Slowly but surely, each volunteer and resident (that remembered) commemorated their goodbyes and their time on the island with the Hub by picking out a color, stamping their print on the wall, and then writing their name and exit date next to the wet paint.

As the weeks and months wore on, the wall filled up, and people started getting creative, writing little messages and inside jokes next to their hands. One person even did a print of their foot instead of their hand. The next thing I knew, the wall was nearly filled and I could stroll by it as if it were a timeline of my time on the island. It’s amazing how many people have passed through the halls of the building, how as volunteers, we really stand on each other’s shoulders in succession of one another. We build from what the people before us have done. 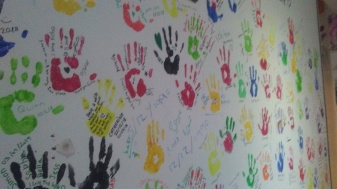 By the time it was my turn to put the memory of myself on the wall, there were more than 100 handprints stretching from one side of the wall to the other, with yet-to-be-filled spaces running along the top and bottom of the wall. With all of the months that had passed, two of my friends had come to volunteer for a month and left their handprints, and two of my favorite students had departed in May and sneakily left the messages, “I heart Matt” and “I love you Matt” next to their handprints. I couldn’t help myself, but snap photos of these: 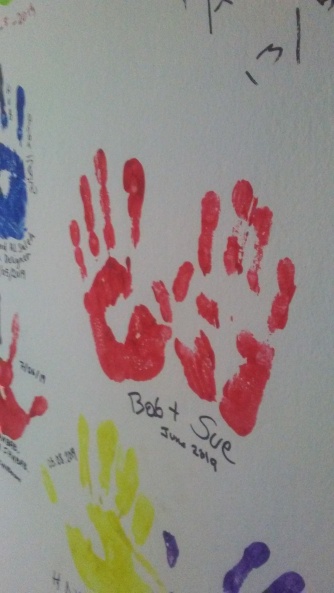 The handprints of Bob and Sue, two of my friends from New York who journeyed over to Greece to volunteer with Echo in June. 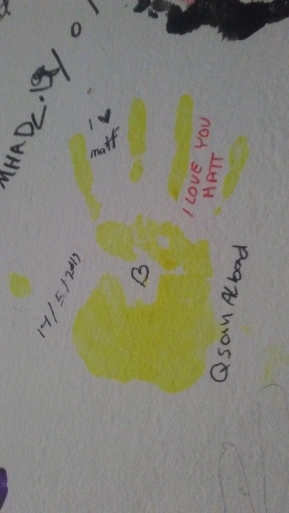 One of the most exciting things about working at the Hub for me this time around was working with one student in particular. He first arrived to the Hub in March and progressed through the “ABC”, “Beginners”, and A1 classes over the course of two months. By early July, he was attending B1 classes, the intermediate classes for students who can speak conversational English. Watching him learn and grow was one of the most rewarding parts of teaching. He worked his tail off, and the results were evident. Given my attachment to him, and the fact that he was leaving the island just a few days after me, we opted to do our handprints together. 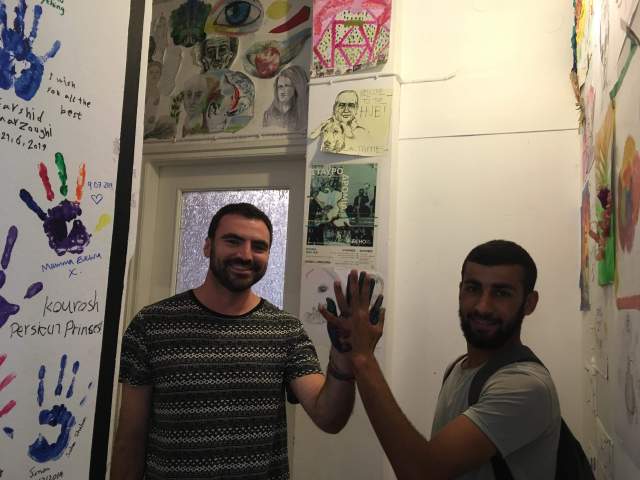 One of my most promising students and I were set to leave around the same time, so we decided to do our handprints together. 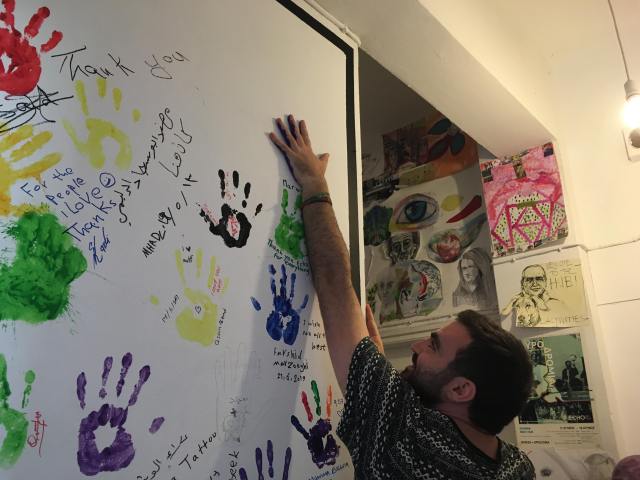 I liked the idea of putting my handprint up high so no one would be tempted to write on or around it. 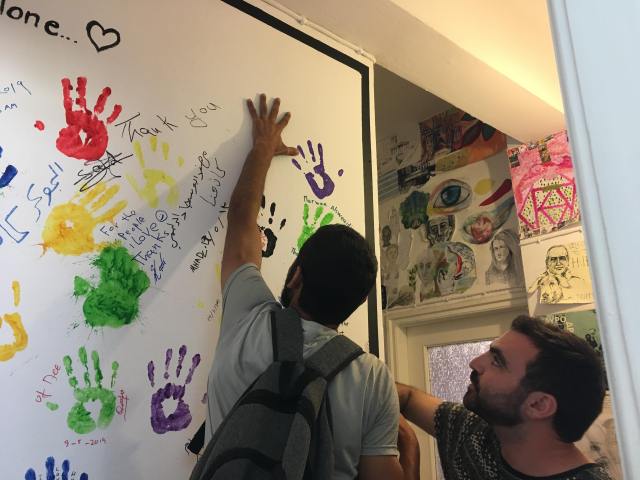 He wanted our fingerprints to overlap with one another.

And that’s all folks! The writing is on the wall, so to speak. I scribbled down my dates next to my name, which I wrote in Arabic. Both times I was on Leros: 16 January to 25 March 2018 and 17 November to 14 August 2019. The time felt significant to me. And, really, I’m not sure if I’ll ever return. Time will tell.

On their way into Europe, as they outrun the horrors of their homeland in search and in hope of a better life, residents often do not realize how long they’ll be on Leros. I hope, for them, the Hub is just a little bit of a saving grace, one they can leave their mark on.

"And no one is a stranger...for long."
View all posts by mattylife →
This entry was posted in Greece and tagged endings, farewell, farewells, goodbye, goodbye rituals, refugee crisis, refugees, the end. Bookmark the permalink.