I’ve just wrapped up four days in Athens after flying in from Cabo Verde on Monday. The time passed so quickly, but I found myself completely engrossed in the city and the people there for the entirety of my time there. Unlike my previous two trips to Athens, this time, I know plenty of people in the city, which really made all the difference for my stay there.

At long last, after more than eight months a part, I was able to reunite with my friend, Basel, who painted a number of paintings for my place of employment this summer. Coordinating this art exhibition with him was an extensive experience that kept us closely connected throughout the entire summer. Seeing him again in person, in a brand new location, mind you, was a trip. We spent our first afternoon together sipping coffee and sitting in a park in Athens before wandering around the city together and eventually ending up back at his flat where he and his two roommates, who I also know from my first trip to Greece, cooked dinner.

They cooked chicken, but kept me in mind and made sure to present multiple vegetarian options throughout the meal. Basel made a delicious salad which rivaled many of the Greek salads I’ve sampled across this country in my three trips here. Sitting down to dinner with the three of them in their studio apartment in Athens was a bit surreal. It felt like the moment was more than likely destined to not happen, so the fact that it was, indeed, happening was not lost on me. These were three people who, when I had left them, were still living in a refugee camp with no certain decision about whether they would ever be allowed to the mainland portion of Greece or if they would simply be sent back to Syria and Iran. Breaking bread with them, and hearing their stories really put a few things in perspective for me.

As a volunteer this past winter, there were specific rules and guidelines about how to go about developing relationships with the residents of the Hotspot (refugee camp). There were concerns about relationships between both sides growing too strong, which would result in the refugees feeling more loss when the volunteer(s) they had bonded with eventually left. But there’s also a coldness to not being yourself and opening up to someone you naturally would want to get to know and spend time with. The rules in place with the organization I work with about relationships with refugees is ever changing. Sometimes, the rules are very strict, other times they are more lax. It seems no one has quite found the perfect balance yet. This is why having eight months away from the project has changed a few things for me. I’ve grown closer with a select few residents who have now transitioned further into their journeys into the EU. Having crossed a few hurdles with them, a trust has been built, so when I found myself in their home and having a meal with them, they were more honest than they have been able to be before with me.

Unfortunately, I cannot share what I’ve learned over the internet. But as they shared some of their stories with me, my mouth dropped open a few times and I had to scoop my jaw up off of the floor in order to not present as a total idiot. Everything they were saying made sense to me, but I couldn’t help but be in complete and utter awe of the “system”…the disgusting, disgusting system that is in place to screen people and then decide what will happen with the rest of their lives.

Two days into my stay, I met up with two other former residents of the Leros Hotspot who are now in Athens. They too shared more with me than they had in my previous trip. What happens to refugees once they’re granted any sort of stay in Greece, whether it be for 6 months or 3 years, is ridiculous. They’re given no support. They’re just thrown into a new city, a new country, and expected to make their way on their own. It’s mind boggling.

As I write this, I’m on the overnight ferry back to Leros. The ship just departed Pireaus Port in Athens and we’ll cruise all night until about 4:30 when I’ll disembark in the middle of the dark with a few dozen other people and resume this refugee experience that I haven’t taken my heart off of since last January. Last time, when we docked, someone from my team picked me up and drove me to where I would be staying. This time, already knowing the island, the new team has left me the car parked on the side of the road near the ferry where I’ll drive myself to where I’ll be sleeping. This seems so innovative to me! Since I already know the island, why not let the whole team sleep through the night instead of wasting their time picking me up? Perfection.

I’m being as honest with myself as possible throughout this experience, I’m making that a goal of mine. Too often I’ve relied on stronger versions of myself to ‘get me through’ experiences like the one ahead of me, but this time around, I’m looking to feel everything that is ahead of me in a way that will help me to process events as things are happening. Too often, I feel like I’m trying to unpack experiences once they’re over, and the events and people and feelings all pile up as the days and weeks progress. I mentioned before my unease while in the Lisbon airport for 12 hours, transitioning from relaxing African holiday to full-time European volunteer work. Being in Athens, collecting stories and reigniting so much of the past gave me a lot to process right off the bat.

I don’t know who I am in this whole ordeal. Without even setting foot back on the island, I’m already feeling the hopelessness, the backwardness. And so, where do I belong in all of this? Or, gosh, do I belong? Being reminded about how messed up the system is here creates a regular cocktail of emotions inside of me. If someone is going to risk their life to get to Europe, then get shoved in a camp for a year or two while they desperately try to navigate the system which doesn’t favor honesty, and then, ultimately, get shipped back to the place they fearfully fled from, what’s the point? But I’ve already kind of got my head wrapped around it. We’re all spinning around this same earth together. Every small act of kindness or good deed ultimately adds to the whole. So, I remind myself, these are people. And yes, even though people I cared about in the camp from months ago have filtered out in one direction or another, there are new people filling the containers of the camp and they too deserve as many doses of love as everyone can shell out. And maybe their time in Europe is only temporary, but that doesn’t mean this is hopeless.

There is life to be lived, after all. There is love to be shared. 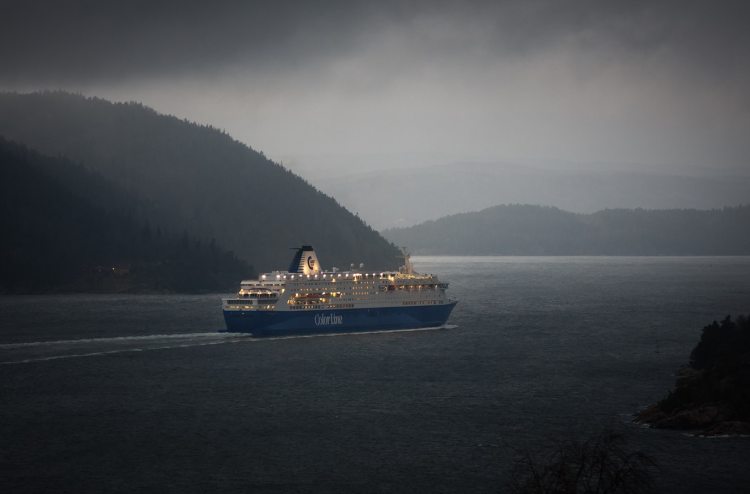