Yup, you sure are.

Are we not all just a bunch of weirdos sliding around on this organic rock that’s orbiting aimlessly around a star?

I say we embrace the weird. I’ve always felt like things were easier when we did anyway.

This may be the most simple assignment you’ve ever been given, right? As a human being, you can probably stand in front of a mirror and recognize a dozen flaws about yourself without even batting an eye…

a little grey hair poking through,

a wrinkle you hadn’t noticed before,

the dark circles under your eyes,

the yellowing of your teeth,

the way your hair doesn’t fall just-so over your face.

And that’s just the physical stuff that surfaces at a glance. Then take into account all of the other stuff about yourself.

You never keep promises to yourself,

the people in your life aren’t who you need them to be, 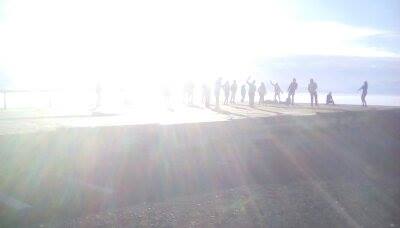 This list of things (be it in the dozens or hundreds or thousands) isn’t true.

Well, it may be true. But, it may also be false. In fact, if even one thing on this list is false then, really, the whole thing is false. That’s just basic math, right? If I say I have a hundred red apples, but one of them is green, then it’s not true that all of my apples are red. Some of the things on our lists aren’t even steadfast. A wrinkle isn’t a bad thing unless we allow it to be. Some people may see a wrinkle as a battle scar, a mark of a warrior. Some people may see it as lucky for having lived to the point where they get to have wrinkles. Others may enjoy the realness that comes from a face that has weathered the world a little. And so, there you have it, there’s no way to prove that your wrinkles are a negative thing, and therefore, there goes your whole theory about your list. It’s false. And it all goes down together, just like a sinking ship. It’s all false.

The key here is to make a list of all of this crap, glance over it once, acknowledge it for what it is and then metaphorically set it all on fire. Let it go. The trick is to not treat the list as the truth.

Love the Twisted Freaky Fruitcake inside of you by not treating the list like the truth, because it isn’t. The list is everything that doesn’t serve your inner T.F.F. 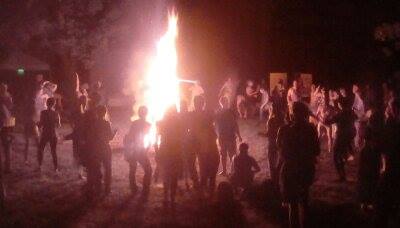 We are the full spectrum of light and death, remember to acknowledge all of the light parts.