Here’s a journal entry from a few weeks back that never saw the light of day. It’s still completely relevant as school wraps up these next few days:

One of the coolest things I’ve learned this year is how to forgive instantaneously. I can be mad and moving on in the same moment, practically. One of my students in particular taught me how to do this. It’s not like he possessed the skill himself and passed it on to me, it’s just that he pushed me to the point where I had to either adapt this talent to survive or…parish. I realized this fun little fact this afternoon when I returned home and recalled sending one of my students out of the class and then interacting with him after school without giving his dismissal a second thought. I didn’t realize until I was home that he had been looking at me as if I should be mad at him. But I wasn’t. The fact is, I really was never mad at him, I just thought in order for him to learn a lesson he had to leave the classroom.

In the beginning of the year, I may have held onto a touch of bitterness, but not anymore. Now, I’m well weathered on forgiveness. I don’t think twice about it, it just happens. This boy, who just barely belongs in my class, would have been under my skin back in September. Earlier in the day, he left the class, saying he had to use the washroom and returned with snacks. He then cheated on his history assignment in front of me later in the afternoon. For these reasons, I excused him for the day. But, when I ran into him next door at the orphanage on my way home for the day, I didn’t acknowledge that he had been put out of my class an hour early because I had forgotten. I harbored no resentment or any other negative energy toward him. I was past it and, I’m almost certain, he was too. So, tomorrow is a new slate.  And today was as well.

This is the perfect example of a technique I use with each of my students many times throughout the day. I also use it on the dozens of boys who mingle and linger around and in my classroom throughout the day. I use it with the boys who can’t take instruction for the life of them. I use it for the misbehaved ones, the disrespectful ones, and everyone in between. I think, without a question, it’s my genuine love for the boys that has made moving past troubling things easier and easier as the year has progressed. You can’t stay angry at something or someone that ultimately brings you so much joy. 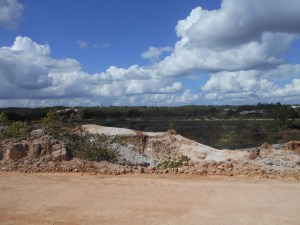 One thought on “Instant Forgiveness”